The diocese, which was founded by Grand Prince Géza at the very end of the 10th century,   covered a wide zone of Transdanubia from the Dráva to the Danube. In the Middle Ages its territory included Somogy, Zala, Veszprém and Fejér Counties and the later ceased Pilis County. The first significant territorial reform took place in 1777. The Episcopate of Székesfehérvár was established in Fejér County and the parishes in Vas and West-Zala were attached to the newly established Szombathely Episcopate. Simultaneously, the Archdeaconry of Pápa became part of the Veszprém Episcopate instead of Győr. In 1993 the diocese was reorganized again. From Somogy and Zala Counties, the territory south from Balaton, the Episcopate of Kaposvár was created by Pope John Paul II and simultaneously Veszprém was elevated to archiepiscopal rank.

The archives are almost as old as the diocese, because the charters regarding the diocese were carefully preserved. Although during the Middle Ages on several occasions fire broke out in the archives (e.g. in 1276, on the occasion of the robbery by Péter Csák; as well as in 1381), in the two archives all in all about 1800 medieval charters survived. The estates of the bishopric and the chapter (and the documents regarding the estates) were divided in the 12th -13th centuries, and from that date there were separate Episcopal and Chapter Archives, though these were placed together. Both of them were kept in the sacristy of the Cathedral, together with the treasury. The two archives were separated in 1544, when the Episcopal Archives were taken to Sopron and the Chapter Archives were transferred to Sümeg.

The Episcopal Archives remained in Sümeg until the middle of the 18th century. In 1717, at the news of the Turkish wars Bishop Ottó János Volkra relocated the significant possessory documents in the Chapter of Győr but the records were ruined there. Finally Bishop Márton Padányi Bíró (1745–1762) had the records transferred from Sümeg to the bishop’s palace in Veszprém. His successor, Bishop Ignác Koller (1762–1772) collected his private documents and the other records of the archives separately; thus the so-called Koller Collection was formed. In 1777, when the Diocese of Székesfehérvár was formed, a significant part of the records concerning Fejér and Pest Counties were handed over to the new diocese by the episcopate. The first considerable arrangement of the Episcopal Archives took place in the 1830s, when the records were divided into series according to subject, inside them into deaneries and parishes. Simultaneously, from 1835 the documents were arranged in the order of current number. The most important documents of the Episcopal Archives (among them more than 600 medieval charters) were deposited in the archives of the Chapter in 1895.

The economic records of the episcopal protector’s office and estates (with centres in Karád, Sümeg and Veszprém) were placed in separate economic archives in the protector’s office. However, only a part of it can be found in the Episcopal Archives, because in 1925 owing to lack of space the records, which were no longer relevant, were sorted out to be given to a paper-mill. A part of the discarded material was saved by episcopal archivist János Pfeiffer, another part was taken in by the county museum but the majority of the records were lost.

Owing to the renovation of the cathedral, from 1907 the archives of the chapter got into a difficult position. At first the archives were placed in the prebendal houses (retirement home of priests, Körmendy house, Dubniczay house), moving from one place to another; finally in 1972 the archives were properly placed in the former Franciscan monastery. Adjusting to the changed conditions, the Diocesan leaders placed the archives under the control of the episcopal archivist, then in 1993 the earlier independent archives were organizationally merged.

Archives of the Archdiocese and Cathedral Chapter of Veszprém 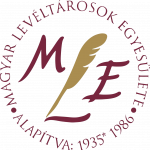